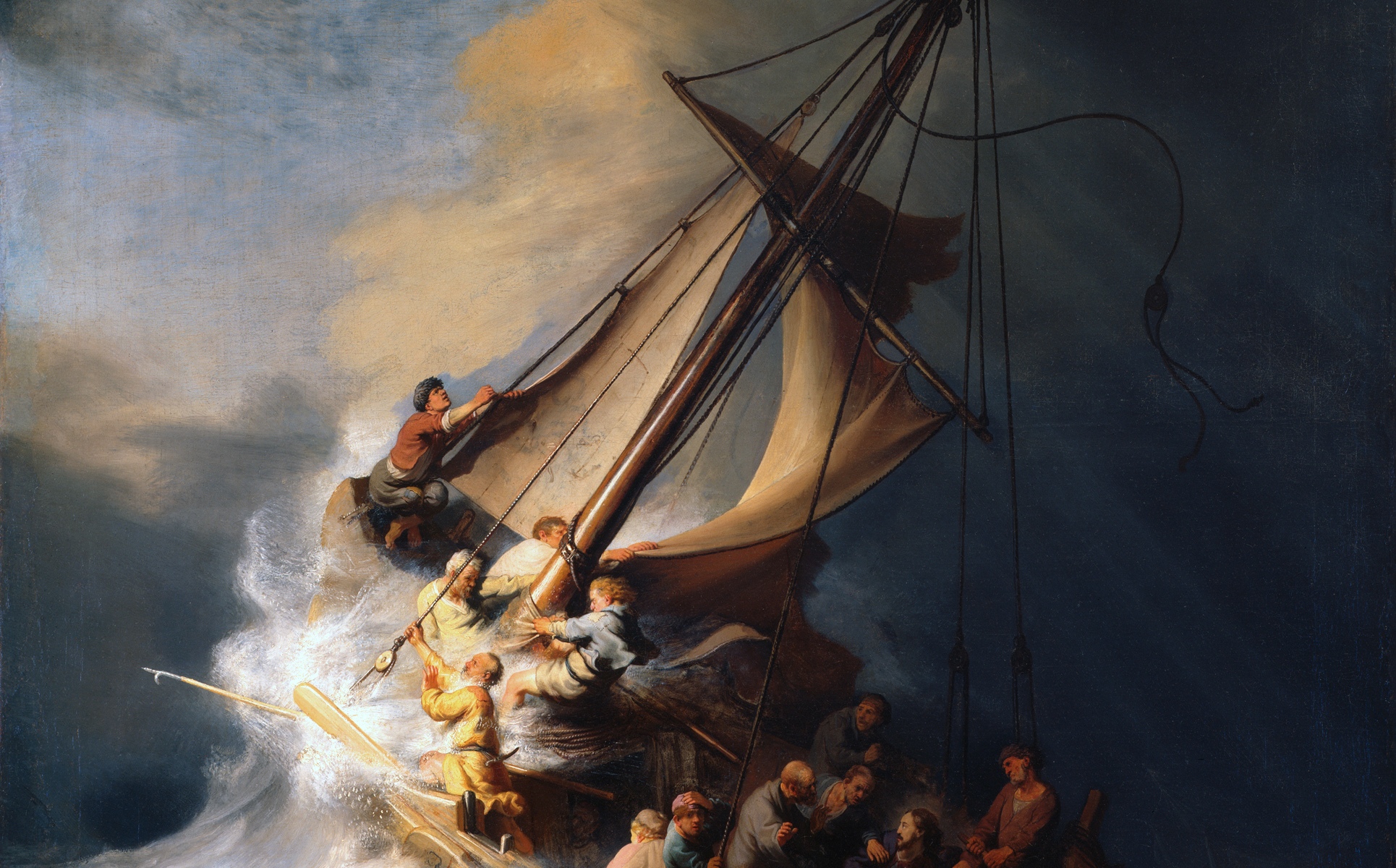 The pressure is on.  We think we have to be experts to be involved in God’s mission.  Only the professionals can make things work in evangelism.  We think we need to be geniuses to advance the ball in our increasingly secular age.  Many claim it is impossible to even raise up children in our twisted times.  Think again!

This little book written by Pastor Andrew Richard will give you peace in God’s Word and in the grace of our Lord Jesus Christ as you carry out your role in the Lord’s Kingdom.  And . . . it is very short.  Bonus!

Here is an excerpt from Rev. Richard to get you started.  This is a little section on raising children . . .

“So young men and young women are getting married to faithful Lutherans and having children. Excellent! Now comes the lifelong duty of parents: “Fathers, do not provoke your children to anger, but bring them up in the education and instruction of the Lord” (Eph. 6:4

Unfortunately, we’ve generally come to believe as a society that education is best left to the professionals and that the average parent is unsuited to teaching his or her children. This is nonsense. The child has no other teachers than his parents for the first several years of life and learns to do a great many things just fine. When it comes to bringing children up in the education and instruction of the Lord (let’s call it catechesis for short), parents have generally followed the secular education model of “trust the professionals.” This often turns into taking children to Sunday School and Confirmation classes, and never cracking open a Bible or praying at home.

If parents do this because they’re lazy and shirk their God-given duty, then they need to hear the call to repentance: “It is your duty to bring up your children in the education and instruction of the Lord. You need to be reading God’s Word to them. You need to be praying with them.” However, if parents aren’t living up to their duty because they don’t think they can do it, then they need mercy and help.

As great a task as it is to catechize a child, it is not a complicated one. It doesn’t require a great deal of cleverness, just a great deal of persistence. Luther’s Small Catechism is a wonderful help in catechizing children. Start with the Daily Prayers section of the Small Catechism. Luther arranged this section brilliantly, in that he attached daily prayer to things that people were already doing every day: we get up every day, we eat every day, we go to sleep every day. And so, he has a morning prayer, a mealtime prayer, and an evening prayer.

The morning and evening prayers are very short orders that include the Invocation, the Apostles’ Creed, the Lord’s Prayer, and another prayer corresponding to the time of the day. Parents can use these when their children get up in the morning and go to bed in the evening. The prayer called “Asking a Blessing” goes before the meal, and the thanksgiving called “Returning Thanks” goes afterward. By praying these, children will very quickly learn some of the chief parts of the Christian faith and will also develop a healthful Christian piety.

Children will learn these routines very quickly, and routine is key! God has built into children (and into all people, but especially children) a love of routine. This is a great help to parents. Say a father leads his family in morning, mealtime, and evening prayers for a week, and then suddenly forgets to do it, or grows slack: the children will demand the routine! This means that beginning the routine is the hard part, because that depends on the father. But continuing the routine is significantly easier because the children themselves will call for it. They won’t go to bed until they say the evening prayer with Dad.

There are many other aids for catechizing children, and I recommend that every father consult a faithful pastor concerning which aids to use in his home. I won’t offer many specific recommendations here, but I will say two things: First, have a family Bible, and pick a time each day when the father reads from it to his family. And second, have a couple of hymnals in the home, the same ones used in church, and sing from them as a family.

Now there are two things that are particularly harmful to good catechesis in the home, and they are dangerous because they teach other catechisms that are not Christian. The first is the public school. Public schools should more properly be called “government schools,” because that comes closer to the reality, given that they’re funded by the government. Government schools have a certain catechism to teach, with its own commandments and articles of faith. And make no mistake, this catechism seeks to overthrow the Ten Commandments and dismantle the Apostles’ Creed.

It may be possible to send Christian children to government schools without completely jeopardizing their faith. But their faith will be challenged in a way that’s not helpful, and they will be tempted to myriad sins, and will be subject to the teachings of another religion. Can Christian children survive such an education? Perhaps, but we should be interested in much more than their “survival.” Parents should educate their children according to their God-given duty, not according to what’s easiest or what everyone else is doing. If members want to assist parents in finding viable alternatives to public schools, the congregation could consider hosting a homeschool co-op or even opening a classical Lutheran school.

The second danger to good catechesis is the screen. I’ll start with the television. The television is generally populated with sin and false teaching. Children’s programs may claim to be purely “educational,” and maybe some are, so that families will get into the habit of having the TV on all the time without considering any harm being done. But even children’s shows are pushing sinful agendas—for example, blatantly promoting false definitions of marriage and family. More subtle, and more dangerous to the well-catechized child, is the constant theme that those who follow their emotions (their hearts) are free and happy, while things like duty and physiology are mere human constructs. And the fact remains that much entertainment is nothing else than watching other people break God’s commandments and learning to delight in it.

Now the television is not a catechism like Luther’s Small Catechism. The television does not often state its commandments or articles of faith. And it’s the more dangerous because so much is implied without being said. Television shows have a way of manipulating the emotions so that we feel bad about certain things and happy about others. And if you have a habit of watching television, give this some conscious thought and it won’t take long to realize that you’re often rejoicing at sin and feeling happy at words or deeds that contradict God’s Word. The mind may be fully aware of the Ten Commandments and the Apostles’ Creed, but if the emotions are enslaved to another law and another faith, how much harm will come of it!

If only the catechesis of the screen were limited to the television that sits stationary at home! But how many kids now carry around phones and have unsupervised access to the internet? What sorts of things are children seeing as they scroll through their Facebook feeds? What videos start playing automatically before their eyes? Who put those videos there, and to what end? Where does the knot of links lead? Children can quickly find themselves in the labyrinth of “You might also like,” “Related content,” “Recommended for you,” and it’s like playing Russian Roulette: not all the chambers are empty, and how long until a child has something lodged in his brain that doesn’t belong there, something that he can’t get out? And all this to say nothing of the great harm that comes from what we might call disembodied friendship: ten children sitting on benches at a park, staring enraptured at screens, never breathing a word to one another, not daring even to make eye contact. Beware the lying and dehumanizing catechesis of the screen!

How does the realm of catechesis apply to the congregation as a whole? First, those parents who are concerned about “the lost” should ensure before all else that they’re giving such concern to their own children. It is a nasty trick of Satan that when we think of outreach we often skip right over those closest to us, to whom we are bound by God-given duty, and focus instead on unknown somebodies. Second, congregations should do all they can to aid the fathers in their midst in carrying out what God has given them to do. All members can offer encouragement to fathers who bring their children to church. Pastors can visit with fathers, pray for them, and provide practical advice for shepherding their households. Church councils can arrange meetings such that the fathers are not pulled away unnecessarily or lengthily from their duties toward their families. In this way families will prosper under the headship of the father as he catechizes his children.”

Excerpt from “BE AT LEISURE: A LUTHERAN APPROACH TO OUTREACH” written by Pastor Matt Richard.  Presently available at Lulu.com.